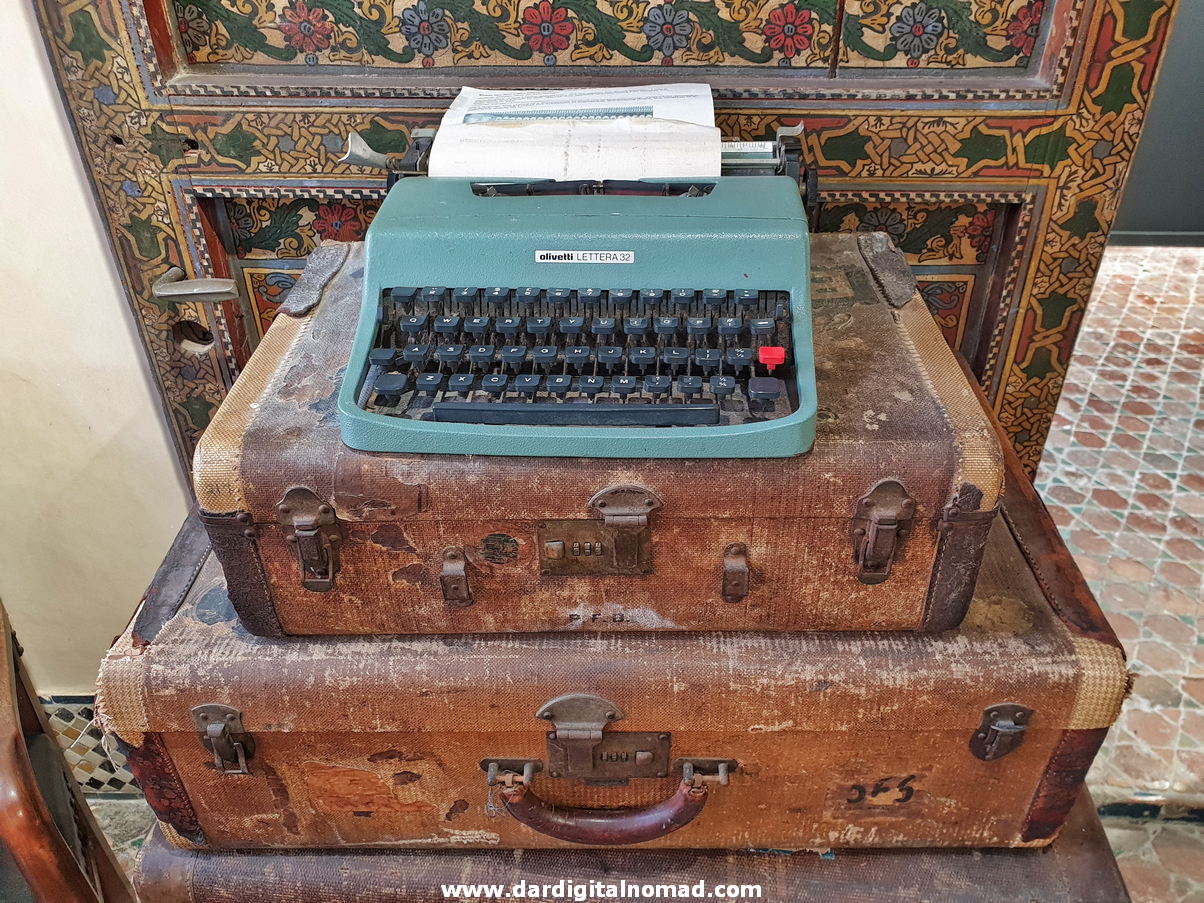 Paul Bowles was a restless soul traveler, but he was marked by Tangier. He has visited the city with friends and then with his first wife, but it was with Jane Auer, his second wife that he moved permanently to live in Tangier in 1947.

It is said that the country’s tolerance for controversial topics, at the time, such as homosexuality and drug use was also a deciding factor for his home in Tangier, that have frequented by famous names like Truman Capote and Tennessee Williams, for example.

Whenever you feel homesick for Morocco, just read one Paul Bowles’s books and imagine yourself back in Moroccan land.

The writer, born in New York, died in 1999, in the city he loved most: Tangier. Despite having lived 52 years in Morocco he was buried in New York.

Book The sheltering skyPaul Bowles was the author of well-known books. But “Heaven protect us” (“The sheltering sky”), which was adapted into movie by Bernardo Bertolucci, was the one to become the most referenced.

He was considered an important figure of American existentialism and Beat Generation. This was a group of American writers after World War II, which proved to be in the 50s.

Characterized by innovations in style, more open to new ideas and the rejection of materialism. A kind of hippies that was featured by Jack Kerouac in “On The Road” or by William S. Burroughs in “Naked Lunch”.

For Paul Bowles there was a substantial difference between the tourist and traveler. The last one search for diversity, what is different in people who visit the site, since tourist show their culture and hardly leave it. Traveler joins day-to-day life of the city and country he is visiting.

Paul Bowles speaks about cultures that characterize each country. For the writer it was very important that every country preserve their culture, adhering some modern conveniences along the way, but without losing their unique elements, i.e, to distinguish it.

Other of his books are “A man must not be very Moslem” and “The Rif to music.” Paul Bowles makes these works more like a insights that addresses the Moroccan culture. Many of his books are important reflections on the tradition of Morocco from the perspective of an outsider, but who lived there for most of his life.

Entrance to the medina of Tangier in northern MoroccoHe wrote short stories, novels, poems, and travel books. Paul Bowles was also important in translating tales and traditional Moroccan authors. Some of his stories are “A friend in the world”. These are collected tales that treat about the landscapes of North Africa and the tradition of their people.

Besides writing, Paul Bowles was also a composer. He had lessons in composition with Aaron Copland, who made his first visit to Tangier. He wrote pieces for orchestra, piano, ballet and voice, all composed themselves. He also composed for theater, collaborating with numerous directors.

Video of the movie “The sheltering sky”

Yes, you will find it

Earn money with us

Scroll back to top